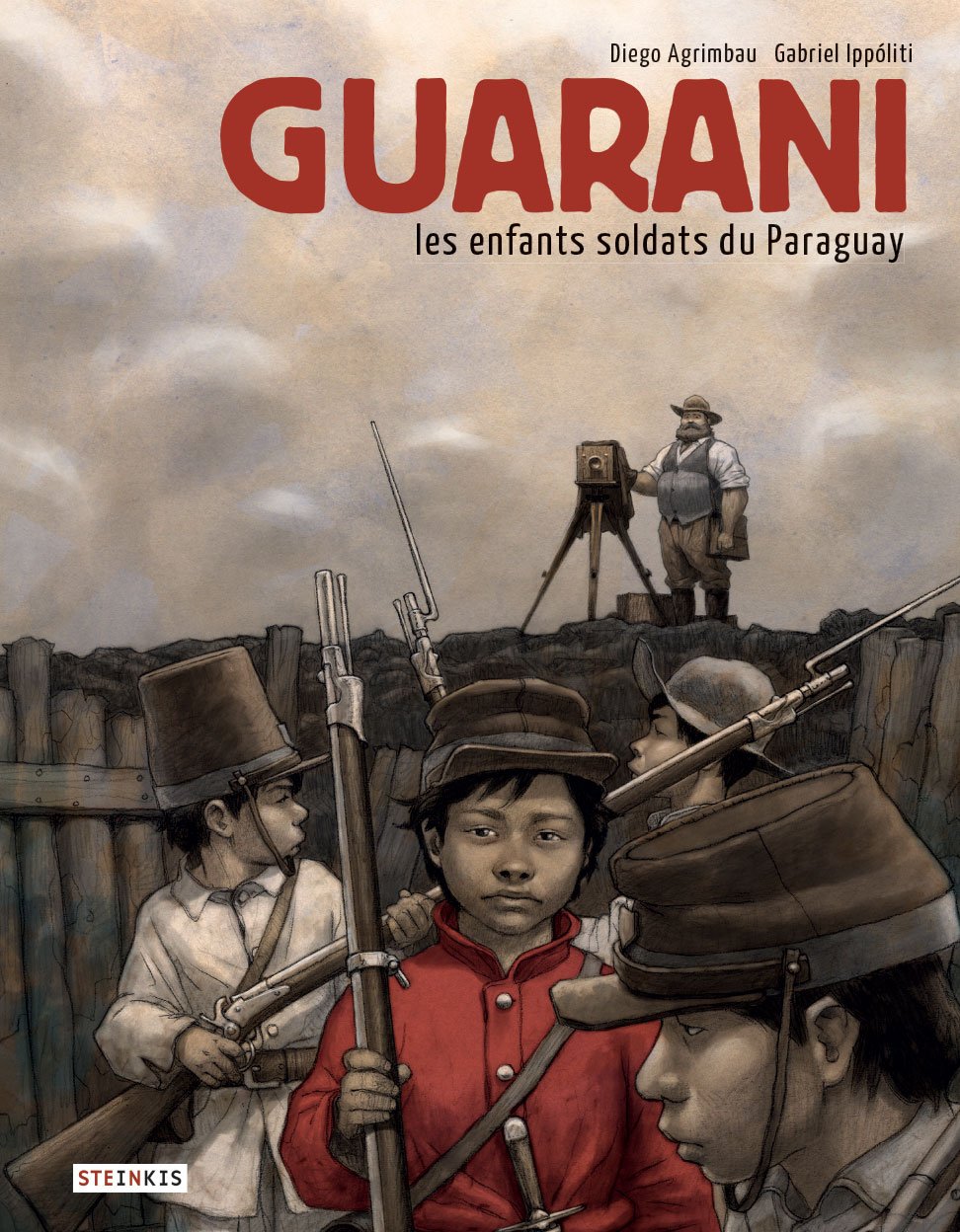 Publisher: Steinkis (France)
Pierre Duprat, a French photographer, arrives at Paraguay in the winter of 1869 to photograph the beautiful young women of the Guarani tribe. But during his trip, he encountered one of the cruelest battles in history, it is known as "The Battle of Acosta Ñu". It was the end of the “Triple Alianza War”, a war which confronted Brazil, Uruguay and Argentina against Paraguay. There were no adult men left alive in Paraguay, but the Marshal Francisco Solano Lopez, was not willing to surrender. That’s when the Marshal ordered to create an army of children, of all ages, in order to try to stop the enemy troops. The attempt was in vain. Three thousand Paraguayan children faced 20,000 Brazilian and Argentine soldiers. The slaughter took seven hours to be completed. Pierre Duprat, a practical man and somewhat cynical, came to South America in search of exotic and natural beauty, with the sole purpose of sell photographs of naked Indians. But his cynicism found a limit when he faced a giant human tragedy that changed his way of seeing the world.